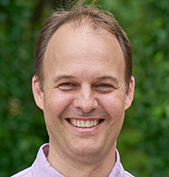 Cortland is a scientist, translator, and meditation teacher who offers workshops and leads retreats around the world. He has practiced meditation for nearly three decades and has spent time on retreat in monasteries and retreat centers throughout Japan, Burma, and India, including eight years spent living in Tibetan refugee settlements in Kathmandu, Nepal.

He has a Ph.D. in Mind, Brain and Contemplative Science from the University of Wisconsin-Madison, where he was mentored by renowned neuroscientist Dr. Richard Davidson. He also holds a master’s Degree in Buddhist Studies from Naropa University. In addition to his work as an Instructor for the Tergar community and Executive Director of Tergar International, Cortland serves as Research Scientist and Chief Contemplative Officer at UW-Madison’s Center for Healthy Minds and the center’s affiliated non-profit, Healthy Minds Innovations.

Cortland is actively involved in scientific research and has published articles on the impact of meditation practices on the body, mind, and brain. He has also published twelve books of translations of classical texts on Buddhist philosophy and meditation.

He currently lives with his wife and son in Madison, Wisconsin. 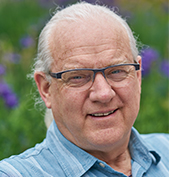 Edwin Kelley first became interested in Buddhism in 1975 when he attended a meditation retreat near Perth, Australia. He later pursued a career as a public accountant and in 1992 went to Burma to undertake a six-month period of intensive retreat with the renowned meditation master Chanmyay Sayadaw. While practicing in Burma he ordained temporarily as a Theravada Buddhist monk.

In 1994 he was hired as Director of Operations by one of America’s best known meditation retreat centers, the Insight Meditation Society (IMS), in Barre, MA. Eighteen months later he was appointed Executive Director of IMS and served in that capacity until 2003 when he resigned to pursue further long-term intensive meditation practice.

Edwin first encountered Vajrayana Buddhism in Dharamsala, India in 1993 and became a student of Mingyur Rinpoche in 1998. He has a post graduate diploma in Buddhist Studies from the University of Sunderland in the UK. He moved to Minneapolis, Minnesota with his wife Myoshin in 2009 to help establish the global Tergar Meditation Community. In addition to his work as an instructor, he currently serves as co-executive director, and is a board member for Tergar International. 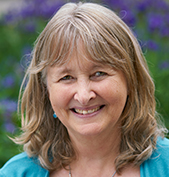 Myoshin Kelley attended her first meditation retreat in 1975 at the age of 20. Through the ensuing years she has received dharma instructions from several renowned Buddhist meditation masters in the Theravada, Zen and Vajrayana traditions. She has practiced extensively with the Burmese meditation masters Chanmyay Sayadaw, Sayadaw U Pandita, and Sayadaw U Tejaniya. In the early 1990s Myoshin received meditation instruction from the Soto Zen master Hogen Yamahata. Her desire for long-term meditation practice has taken her to Burma on several occasions.

In 1994 she accompanied her husband, Edwin, to the Insight Meditation Society (IMS) in Barre, MA, where she was trained as a meditation instructor by Joseph Goldstein and Sharon Salzberg. Since then she has been teaching meditation in a number of places throughout North America. In 2003 she was appointed the teacher in residence at the Forest Refuge, the long-term practice center at IMS.

Myoshin was introduced to Vajrayana teachings in 1993 and met Mingyur Rinpoche in 1998 when he first visited the US with his brother Tsoknyi Rinpoche. Since then she has practiced with Mingyur Rinpoche in North America and Asia benefiting from his skillful, lucid instructions on the profound teachings of Mahamudra. 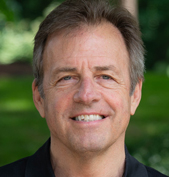 Tim began his Buddhist studies in 1977 under the late Chögyam Trungpa Rinpoche in Boulder, Colorado. In 1981, Trungpa Rinpoche invited Mingyur Rinpoche’s father, Tulku Urgyen Rinpoche, to teach in Boulder. Profoundly moved by him, Tim and his family moved just a few months later to Kathmandu to study with Tulku Urgyen and his sons. During the twelve years that he lived in Nepal, Tim studied with many of the older teachers living there and worked as a psychotherapist serving the international community. In 2000, Tim moved to Cape Breton, Nova Scotia where he served for three years as the director of Gampo Abbey, the largest residential Buddhist monastery in North America. He is presently the president of the Pema Chödrön Foundation, which supports Gampo Abbey.

In 2003, after a visit by Mingyur Rinpoche to Gampo Abbey, Tim started the Yongey Foundation to support and promote Mingyur Rinpoche’s activities in the West. Tim lives with his wife Glenna in Steamboat Springs, Colorado, where he leads an active community that follows Mingyur Rinpoche’s teachings and those of his family lineage. 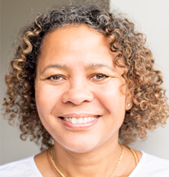 Antonia Sumbundu was first inspired to become a meditator after seeing a segment from The Lion’s Roar, a film about the 16th Karmapa, Rangjung Rigpe Dorje, but it was in 1988 after attending a talk by the Dalai Lama that she began practicing formally. Antonia’s first Buddhist teacher was the 3rd Jamgon Kongtrul Rinpoche. Following his death in 1992, she studied with a variety of teachers, including Chokyi Nyima Rinpoche, Chokling Rinpoche, and Tsoknyi Rinpoche. In 2002 she met Mingyur Rinpoche, and began to receive teachings from him.

Antonia was already a meditator with a keen interest in the clinical application of meditation when she began studying psychology. While chairing the Danish association for Cognitive Based Therapy, Antonia met Dr. Mark Williams, a renowned clinical psychologist and researcher in the field of Mindfulness Based Cognitive Therapy (MBCT), and began a long and productive collaboration with him. Antonia was one of the first psychologists to be trained in MBCT, and since then her work has focused on training professionals in MBCT and exploring the unique characteristics of MBCT supervision. She holds a Master’s degree in MBCT from Oxford University, and is an Associate with the Oxford Mindfulness Center.

A mother of two, Antonia lives in Denmark and has been involved with Tergar since its inception in 2009, as a leader in Tergar Copenhagen, as a facilitator, and now as an Instructor. Antonia continues to play a key role in the training and mentoring of Tergar group leaders throughout Europe.

For a complete listing of Tergar Instructors and Facilitators, please visit the Tergar.org website