Tergar at Ten Years — From Idea to Global Community 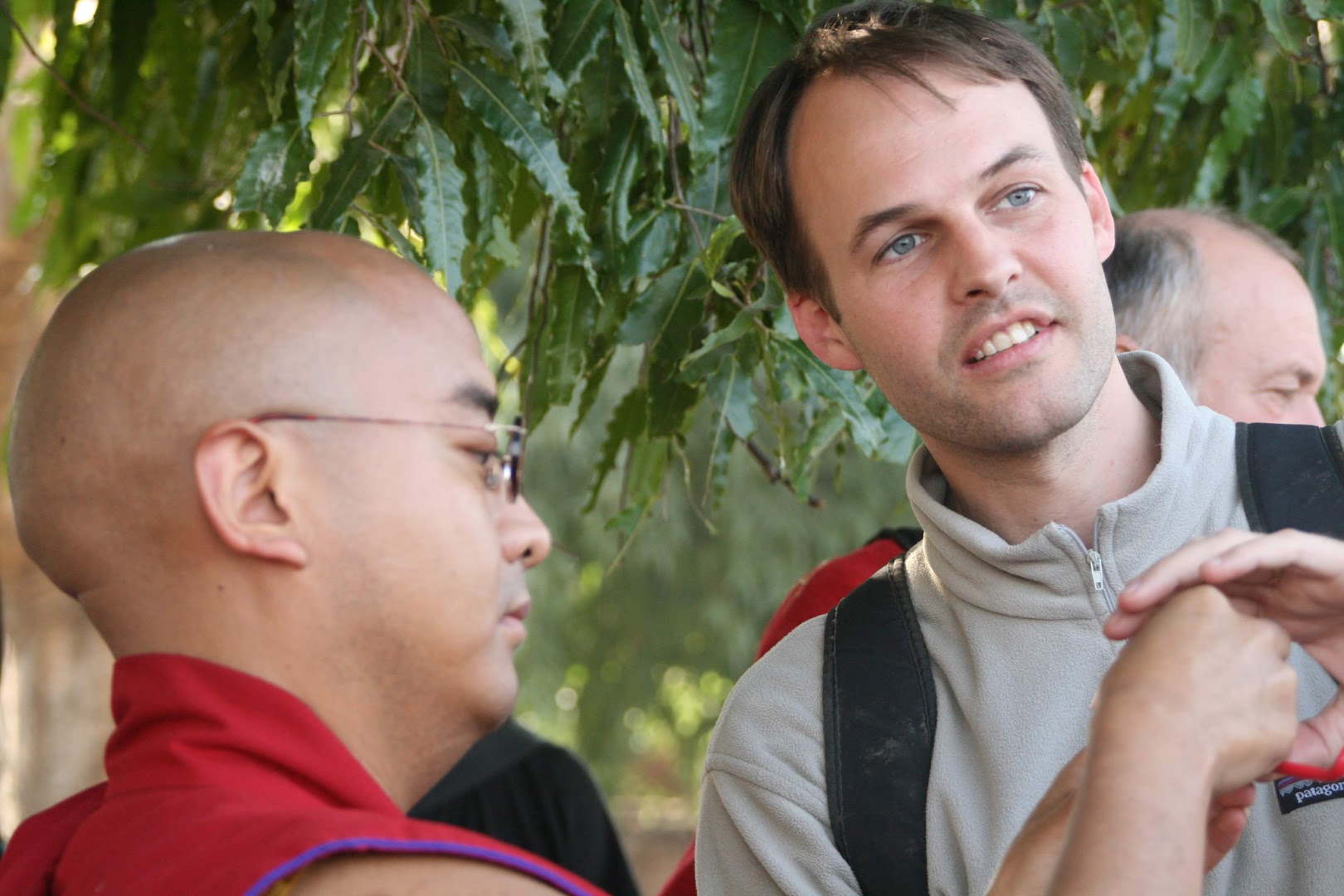 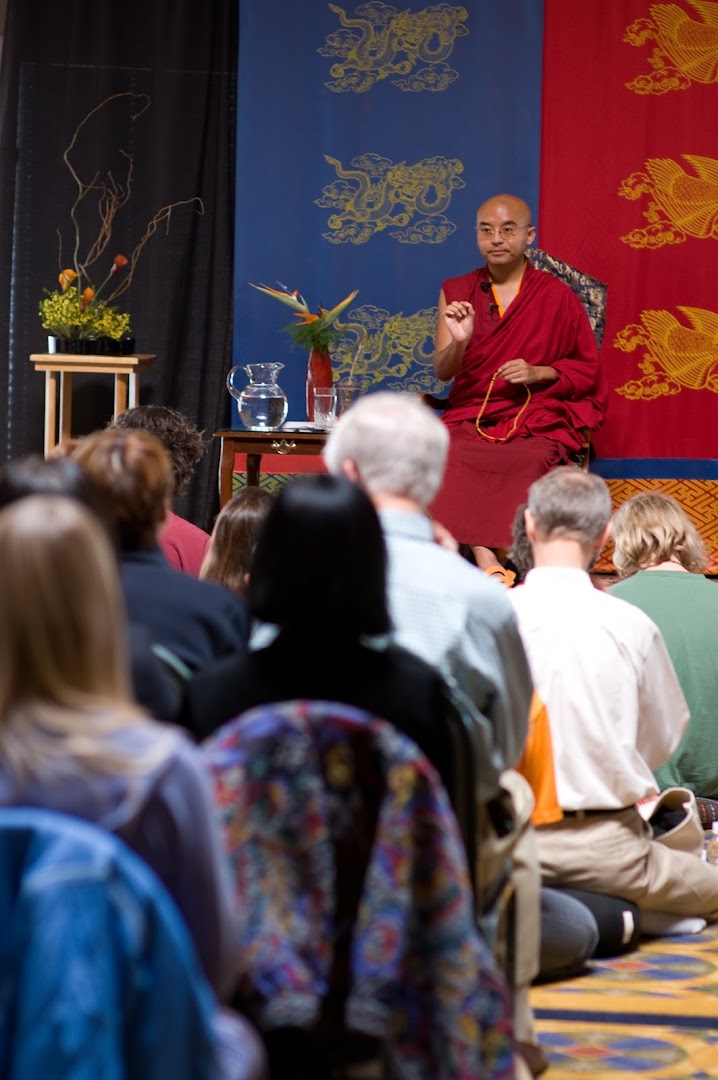 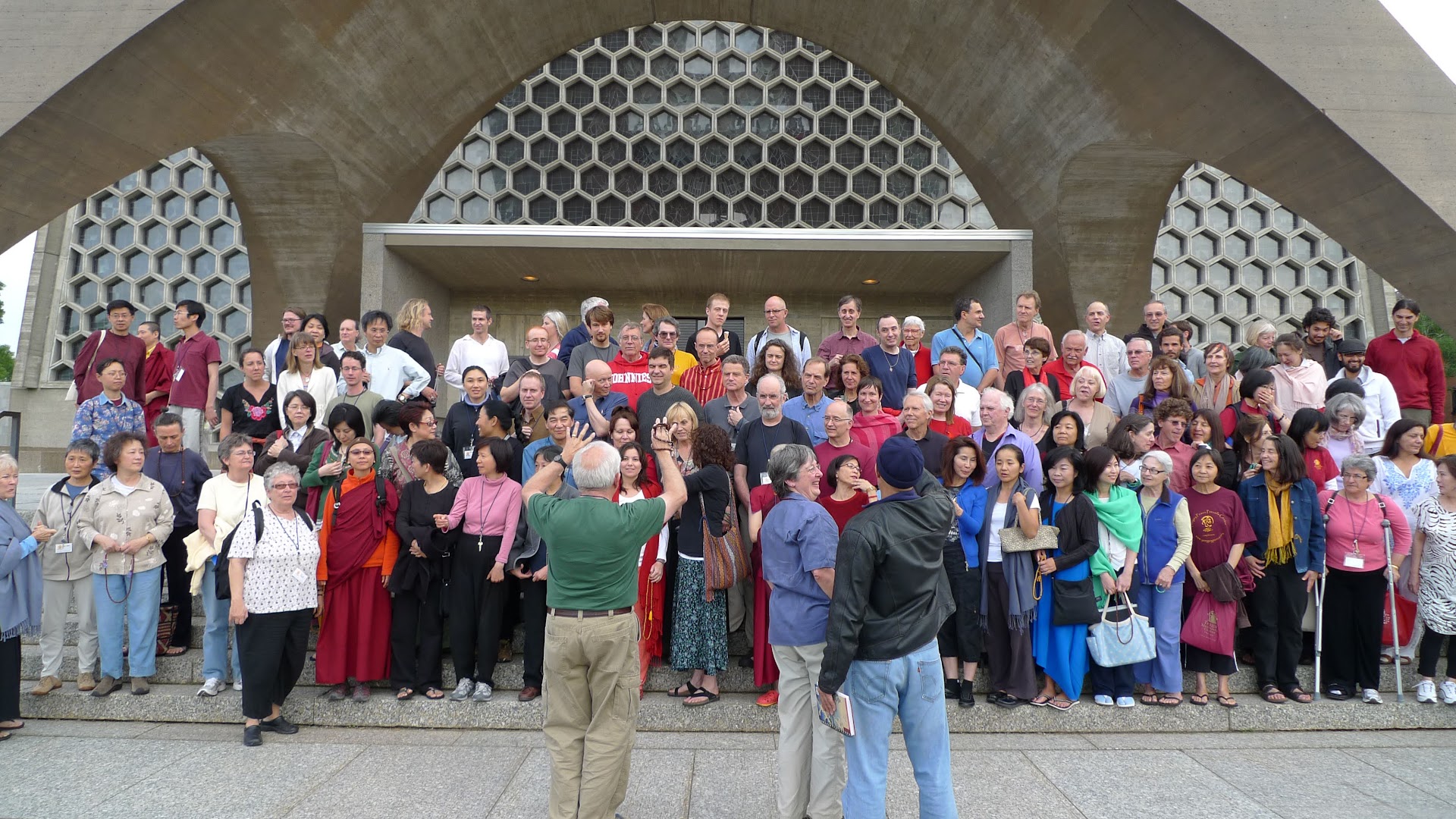 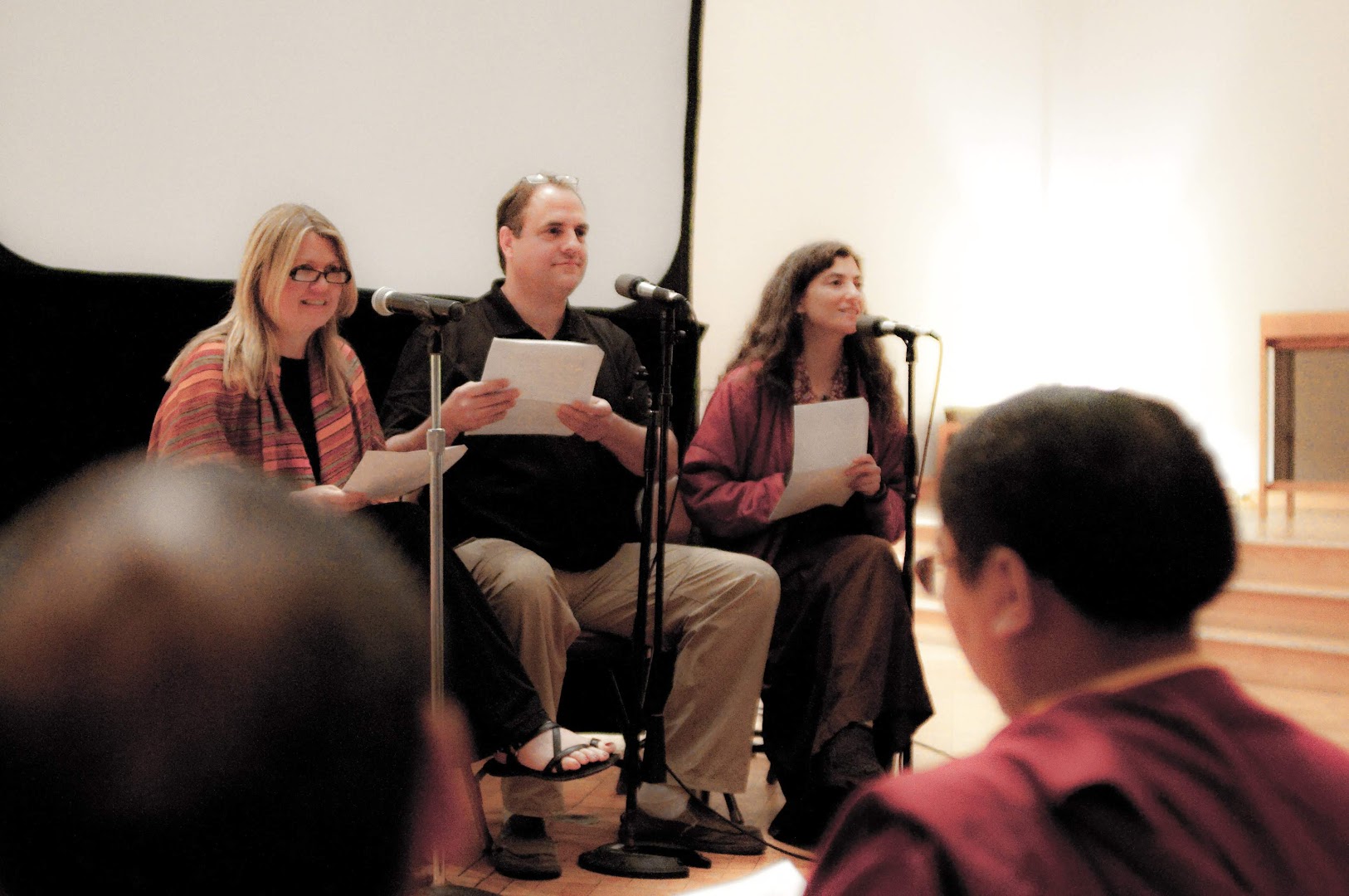 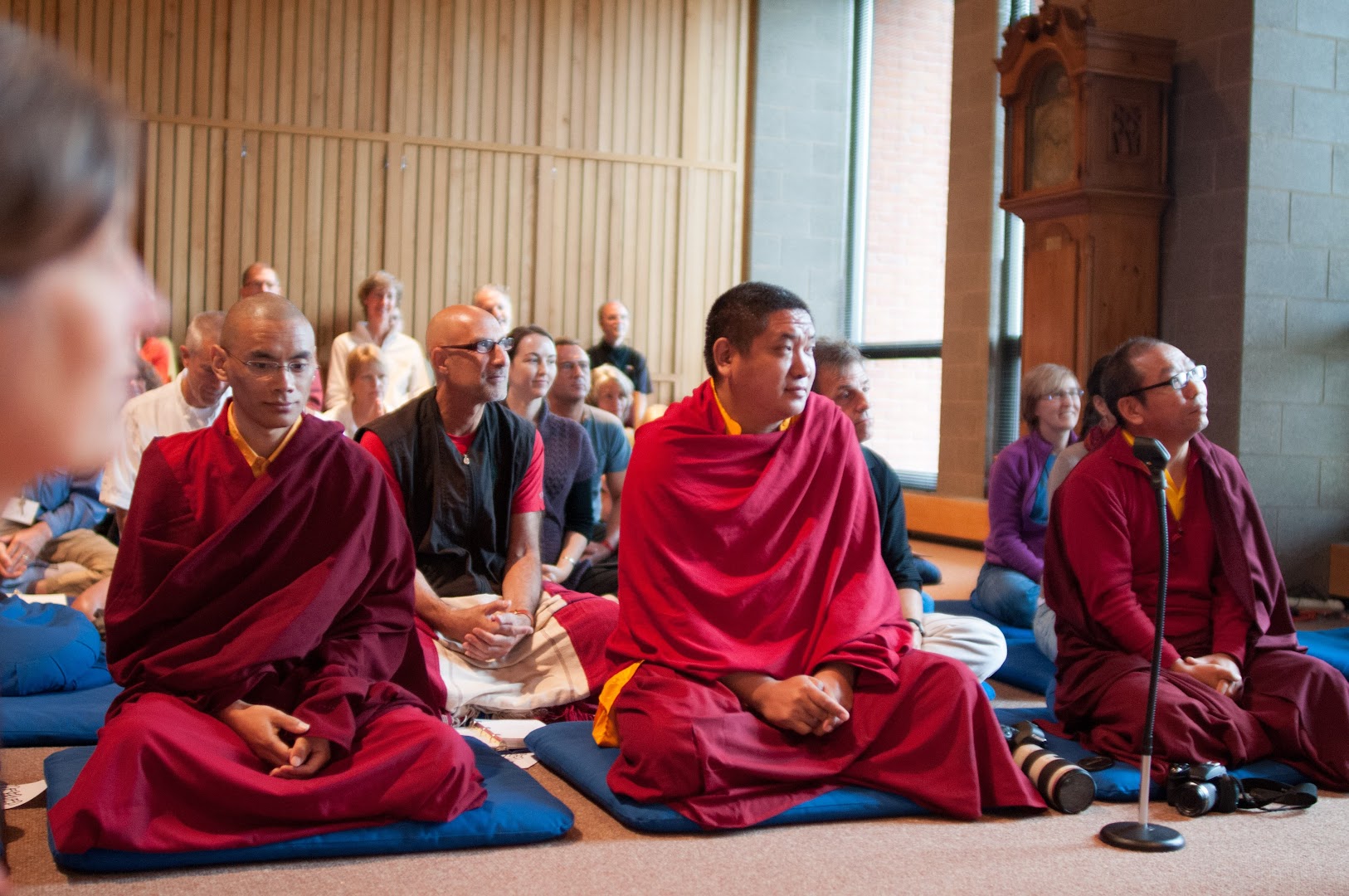 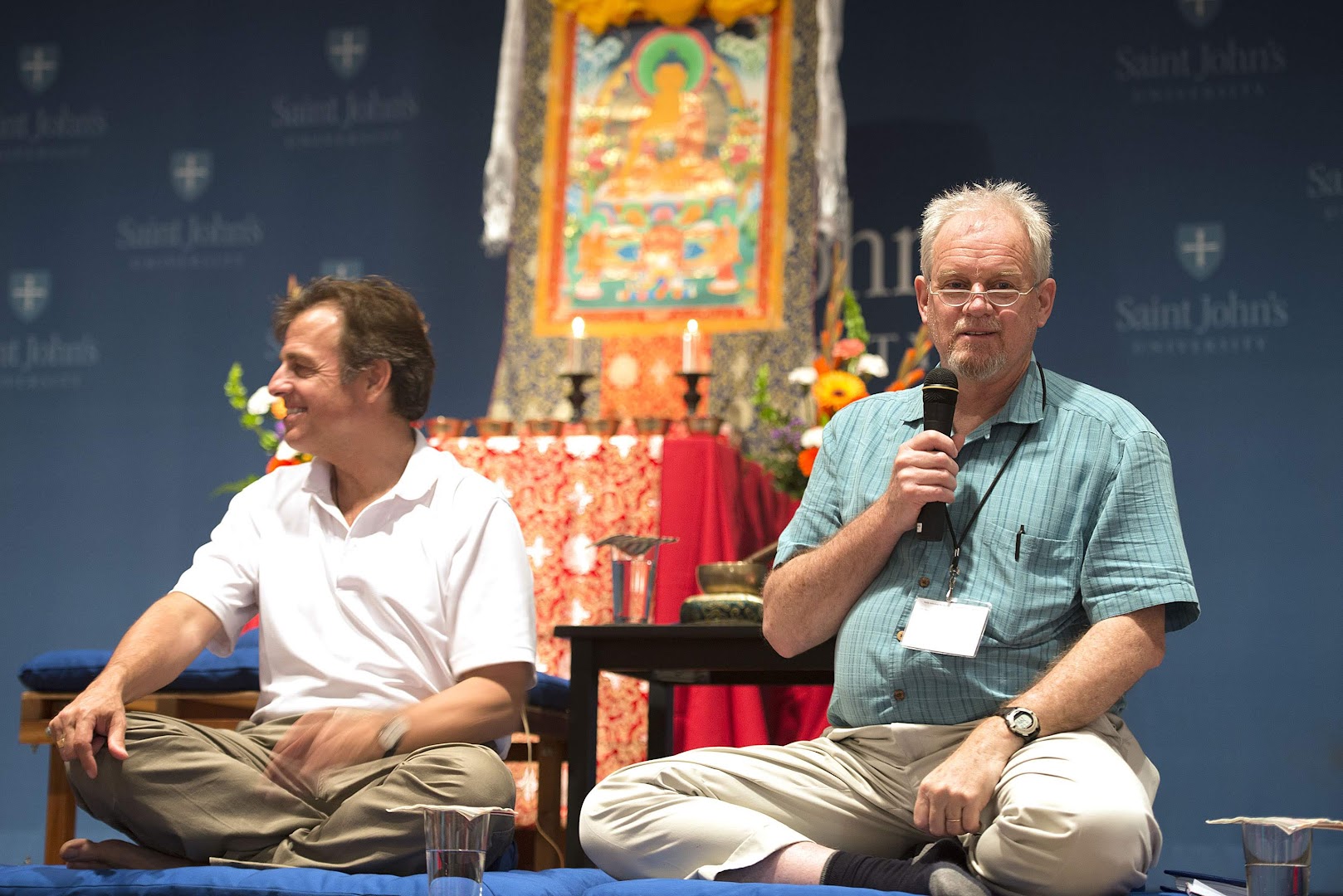 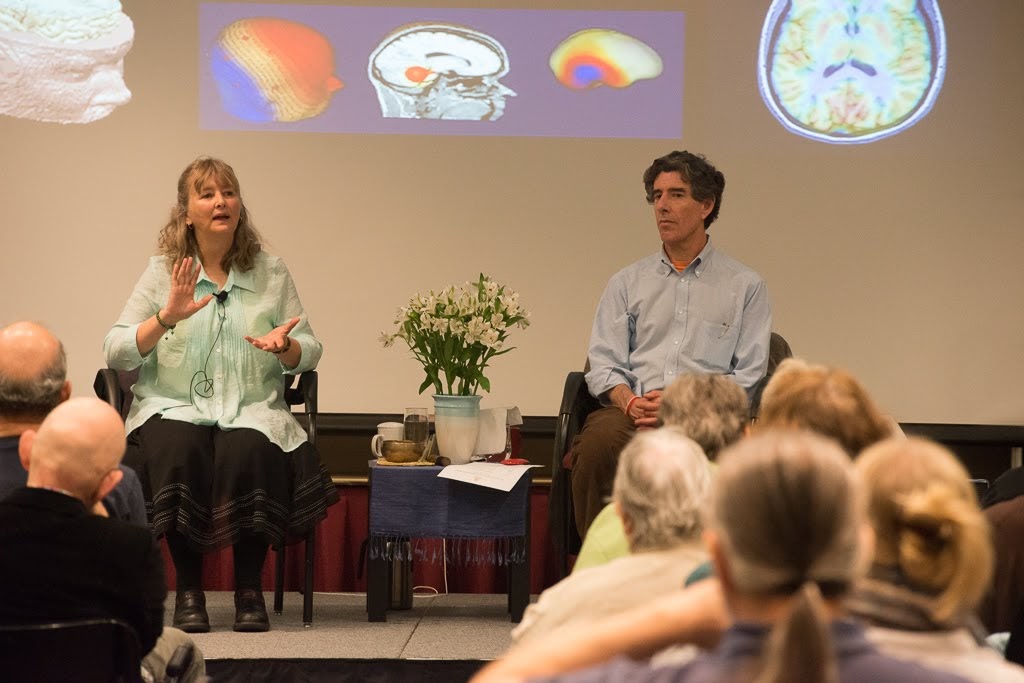 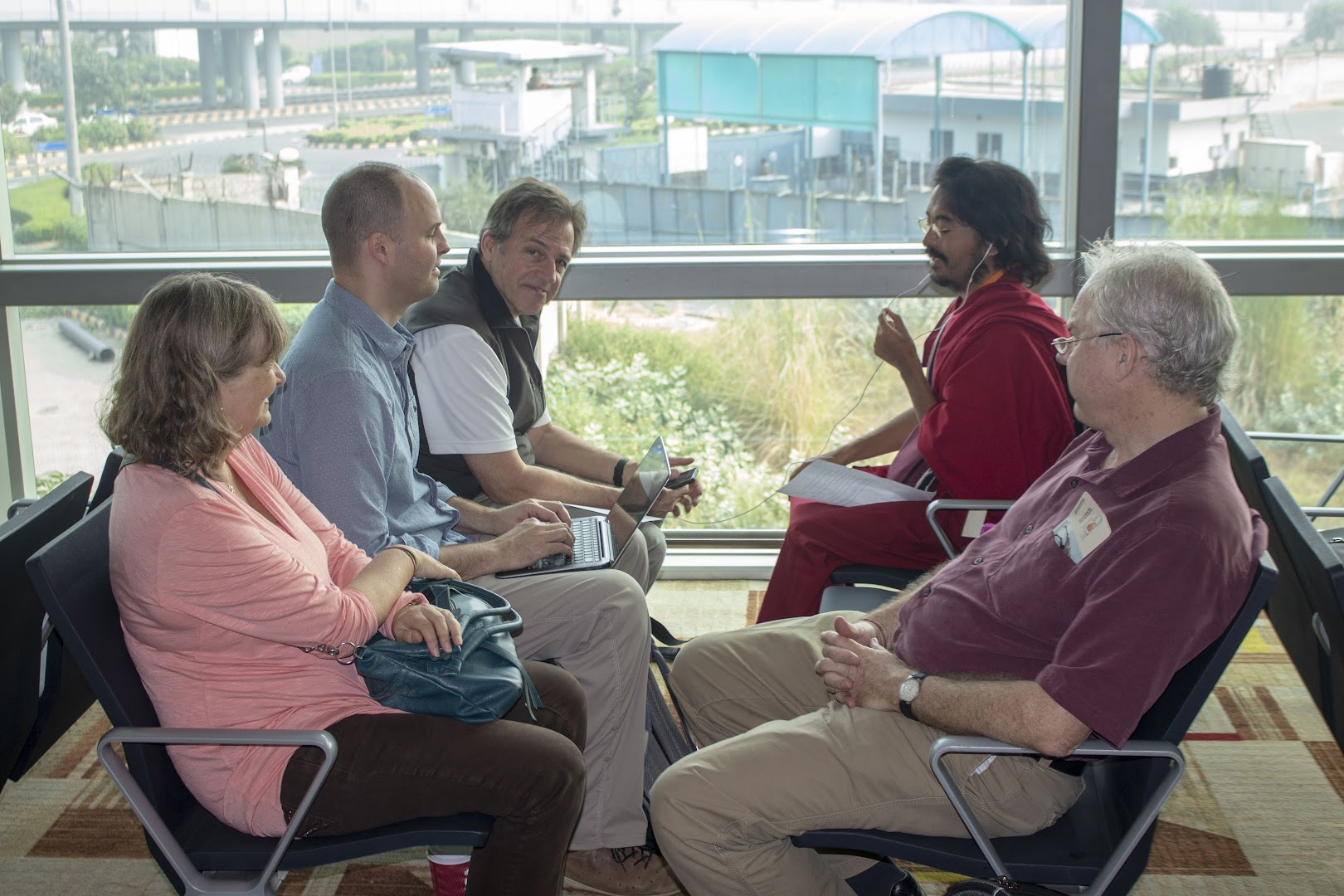 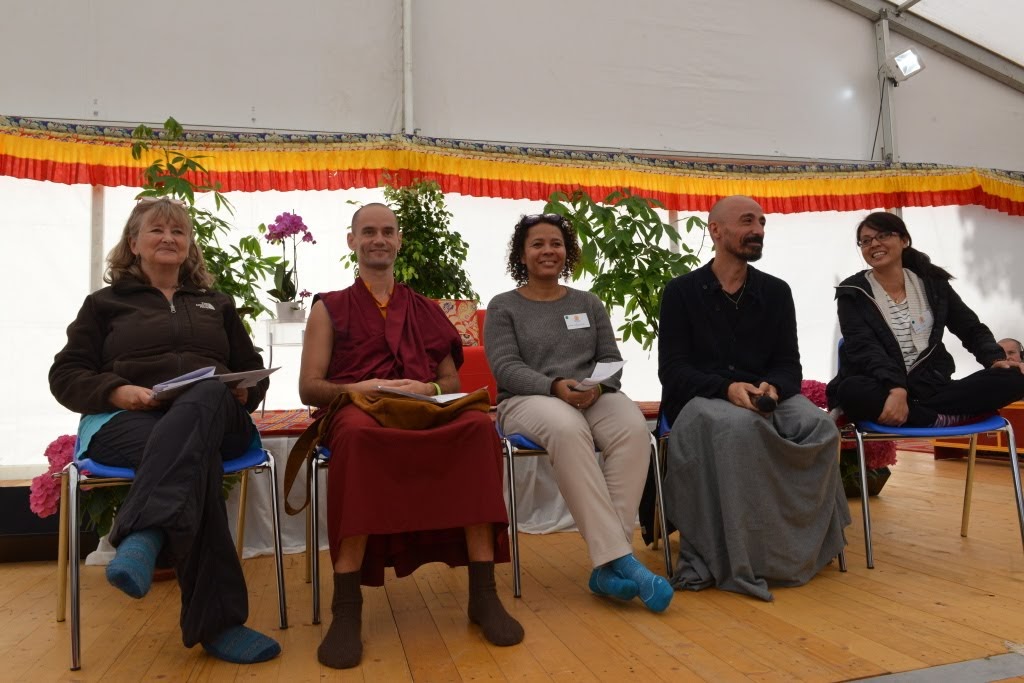 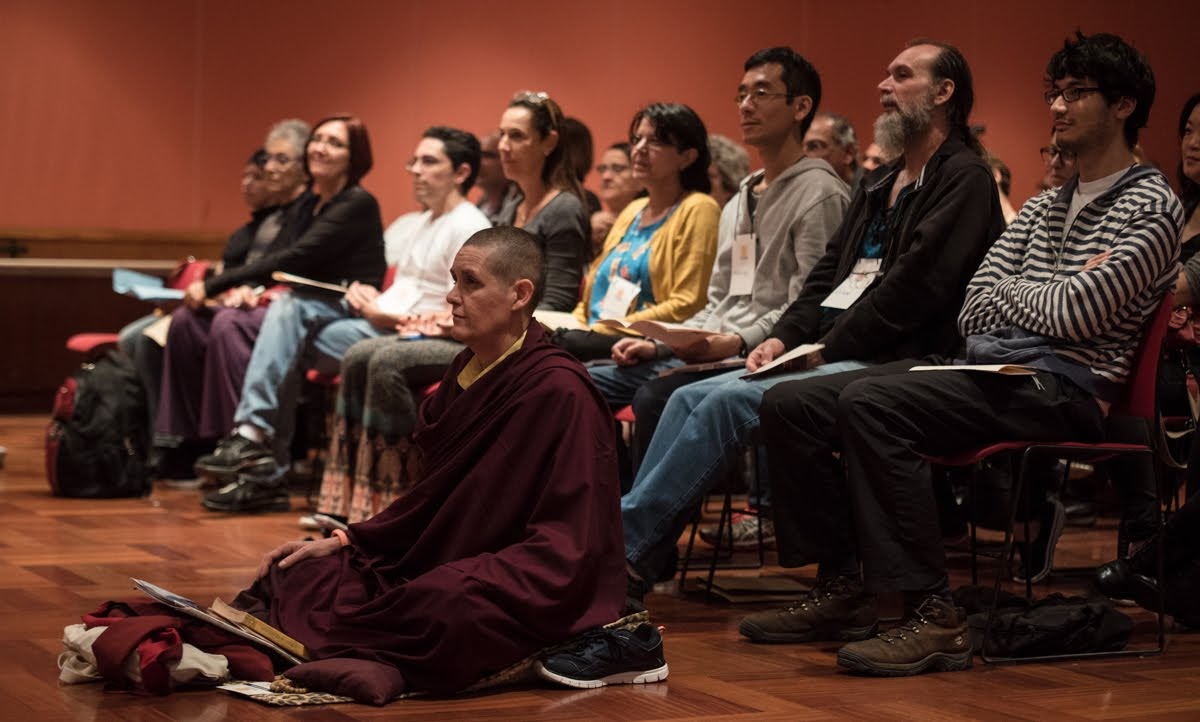 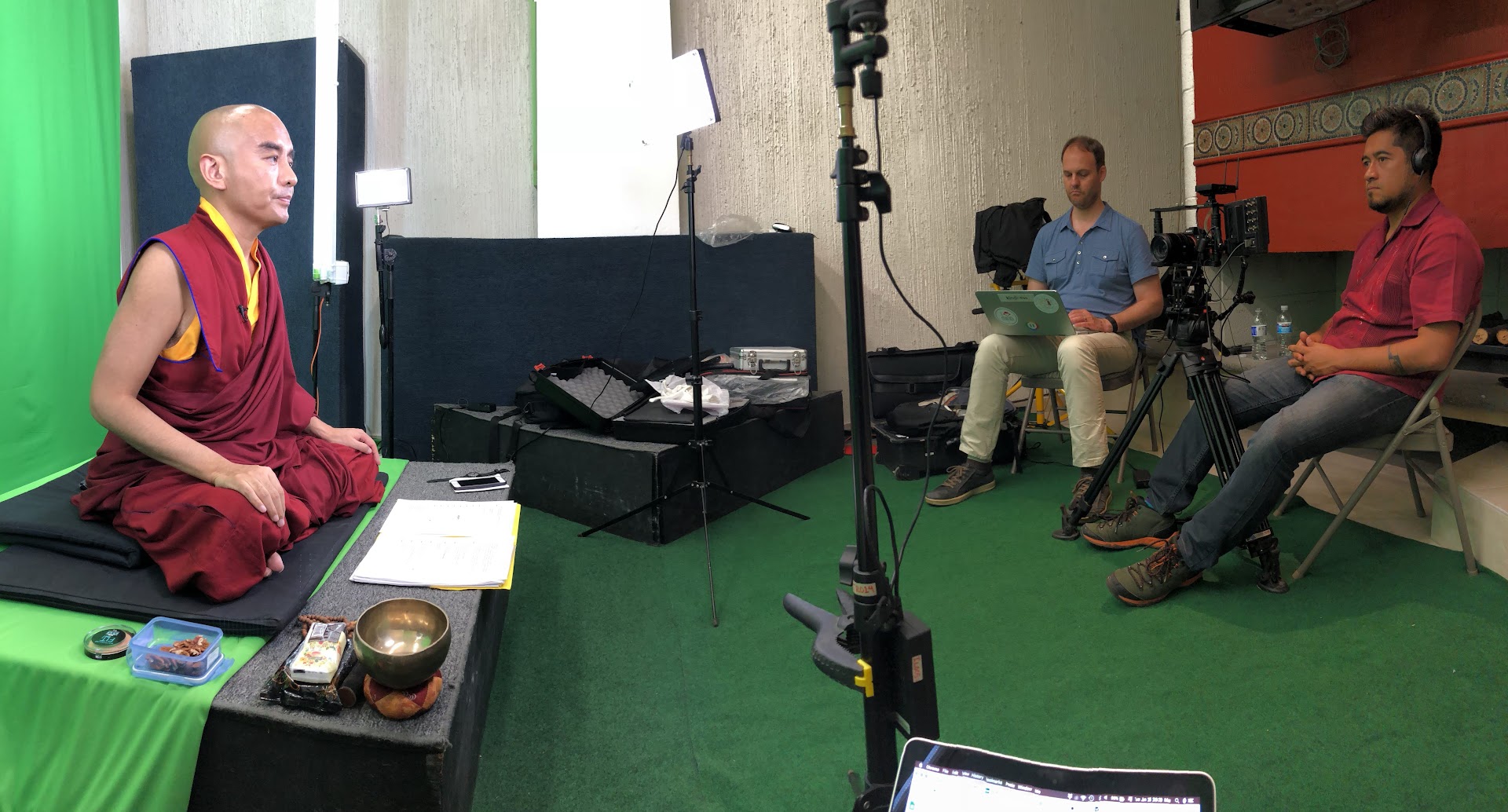 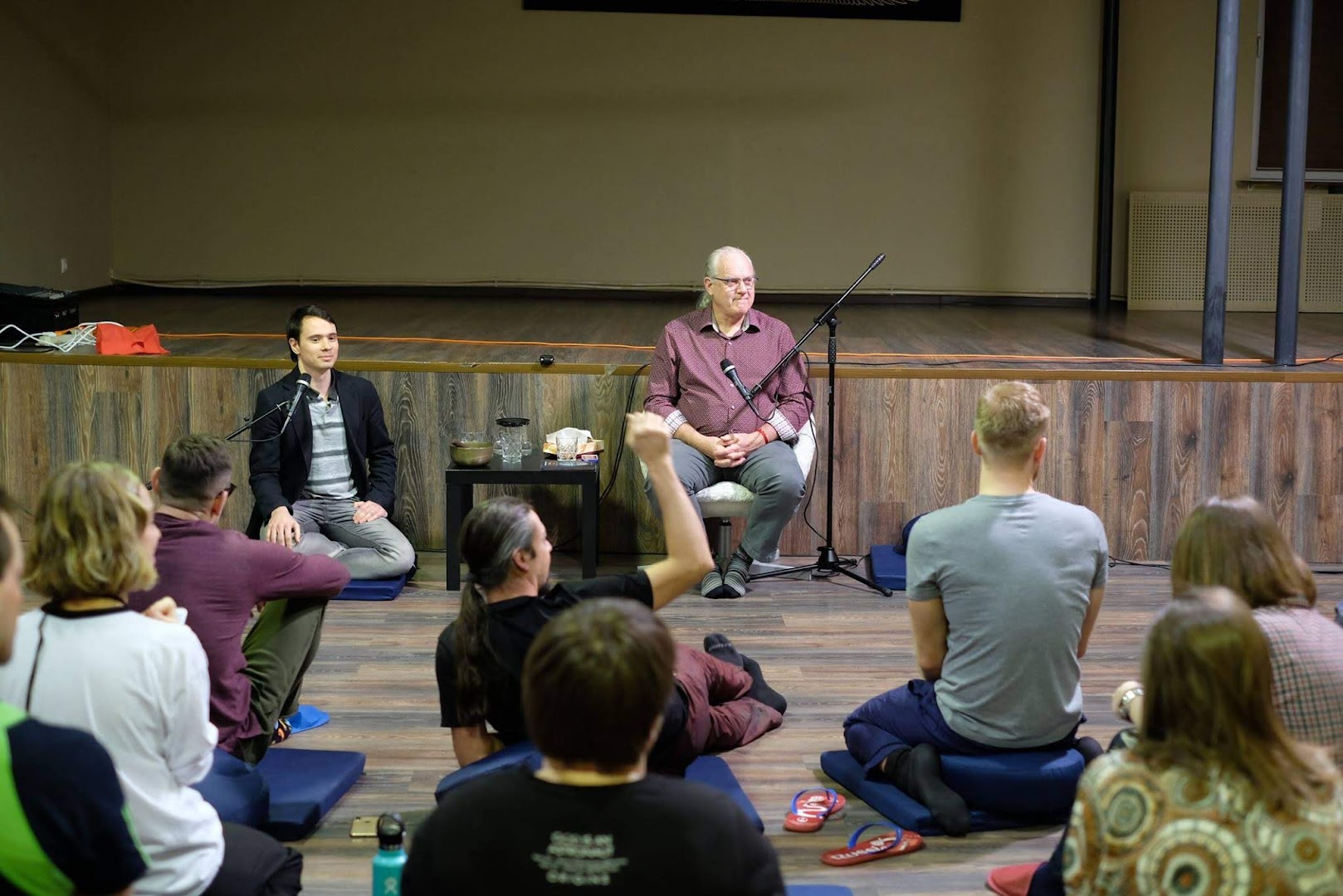 In February 2009, a group of about thirty students of Mingyur Rinpoche from around the world was invited to Tergar Monastery in Bodhgaya, India, for a series of meetings. Over the course of three days, Mingyur Rinpoche described his vision for a global community of his students. His vision included the Joy of Living and Path of Liberation programs, the three Joy of Living levels taught through video, an organizational structure, and many of the key elements of what we recognize today as Tergar International and Tergar Asia. Over those few days, Tergar was born.

Of course, the vision and clarity of Mingyur Rinpoche’s vision for Tergar had been evolving for years before it launched in 2009. Mingyur Rinpoche had been traveling and teaching internationally since 1997. He had also founded the Yongey Foundation with the help of Tim Olmsted in 2003 to support his monasteries in Asia.

In 2006, he asked Cortland Dahl to help him with a project. According to Cortland, “Rinpoche was teaching all over the world and had students all over the world. But he was always teaching at other centers, so there was no real place for his students. It wasn’t even clear who his students were. So that was the initial conversation: how do we support those students, and give a sense of community to all those students that we know are out there, we just don’t know who they are or where they are?”

At first, Rinpoche described Tergar as a kind of United Nations for independent meditation centers and groups that would come together from time to time. However, as the idea evolved, they realized it would be useful to have some kind of central organization that could provide resources and help everything to coalesce.

Over the next couple of years, Cortland and Rinpoche met regularly and continued to talk about this idea. In 2007, Cortland remembers Rinpoche mentioning that he was inspired by Burmese-Indian meditation teacher S.N. Goenka, who used recorded teaching videos to provide simple meditation instructions that allowed people to practice around the world. Rinpoche didn’t mention the idea again, and Cortland thought he had let it go.

“But then the next year we came back,” said Cortland, “and Rinpoche had been thinking about it and planning it, and then he said, ‘yeah, let’s do that.’ And that was the first time the idea of the three Joy of Living levels came out. He said we would do three different topics. It wasn’t detailed about what was actually in those, just that we’d do one on shamatha, one on the four immeasurables, and one on analytical meditation.”

A few months later, on a high-speed train in France, Rinpoche and Cortland mapped out the whole Joy of Living path in detail, including all three levels, point by point. “And then we started filming right after that,” said Cortland. “So it was literally one train ride where we came up with the whole curriculum for the teachings that are now the Joy of Living.”

Another pivotal moment was shortly before the February 2009 launch. Over the course of the
previous year, Mingyur Rinpoche had asked Tim Olmsted, Myoshin Kelley, and Edwin Kelley to help out with the budding organization. Then, a few weeks before the big launch, he invited them, plus Cortland, to a meeting in Bodhgaya, India. There, he appointed them as instructors and asked them to take the lead in incorporating the U.S. organization. At the same meeting, he told them he’d be going away on retreat. As Edwin tells the story, “it was like, I want you to create this organization, and by the way, I’m going to disappear for three to five years… And so it was really interesting because he didn’t make that public for eighteen months.”

From then on, the four instructors began to work as a team to create Tergar International. They decided on Minneapolis as a base and incorporated the organization there. That summer, Mingyur Rinpoche led his first summer program in Minneapolis. The first Tergar groups also began to form in the US, Europe, and elsewhere.

Another consequential decision made in 2009 was to not put money into real estate and building centers, but rather into developing what Mingyur Rinpoche described as “people and programs.” This allowed Tergar to dedicate its energy and resources to curriculum development for weekly group meetings, leadership training, weekend workshops, and online programming—all with an emphasis on practice and community.

Between then and now, over the past ten years, Tergar has continued to evolve into what it is today. And because of the decisions that were made right from the beginning to record video teachings and to publish the Joy of Living book, the Tergar Meditation Community continued to grow and thrive while Mingyur Rinpoche was away for four-and-a-half years on wandering retreat. As Tergar Instructor Antonia Sumbundu said, “While Mingyur Rinpoche was away I don’t think people really experienced it that way. It was only those who knew Rinpoche, who had met him and who had been students of him before who were missing him. But a lot of people didn’t miss him in that sense because he was very much alive in their minds and in their hearts, and the teachings were very much alive. They continued to get access to the teachings and they could practice. So it was quite beautiful.”

Today there are over ninety Tergar groups and communities under Tergar International— in North and South America and Europe—as well as many groups under Tergar Asia. (View an interactive map of Tergar group locations here.) The Joy of Living curriculum is now available in multiple languages, with more languages to come. The online courses and videos have allowed people from all around the world to connect with Rinpoche’s teachings, even if there is no Tergar group nearby. The Path of Liberation program has also expanded dramatically over the past ten years with the addition of the Nectar of the Path and White Tara teachings, and the Vajrayana Online Program.

While many of the key elements of what we recognize as Tergar today were present when Rinpoche explained his vision in 2009, Tergar has also evolved step by step, based on the feedback and needs of the community. Tergar doesn’t exist apart from the thousands of people who participate in it and is created by all of us collectively. We look forward to continuing to learn and grow together for the next ten years and more.

Do you have a memory, story, or photo to share from the early dates of Tergar? Head over to our Facebook Group and post it to the wall.